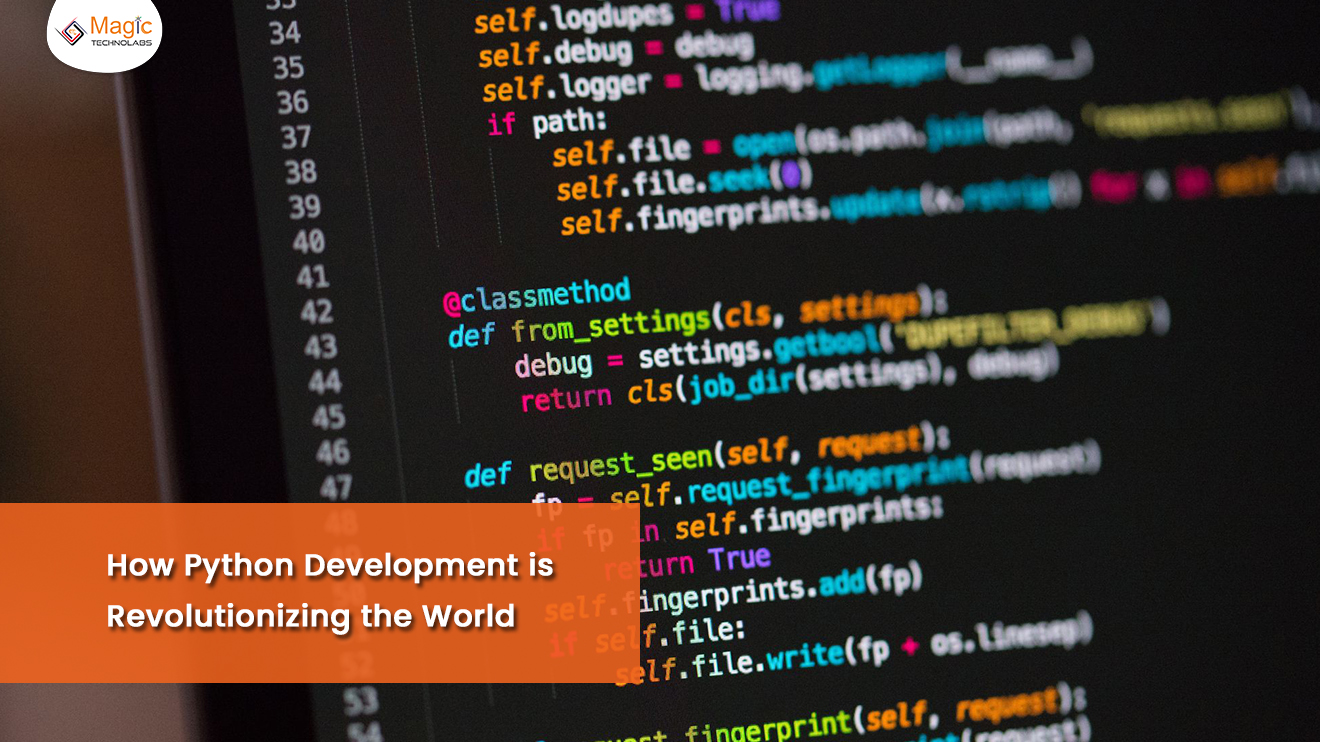 Python is one of the most popular languages for web development and it has been used in a number of data science projects.

Its design philosophy emphasizes code readability and its syntax allows programmers to express concepts in fewer lines of code than would be possible in languages such as C++ or Java. Python was created by Guido van Rossum in 1991 and it has become one of the most widely used programming languages today.

Python is high level built in data structures, like lists, dictionaries and so on allow easy expression of complex algorithms. Python also has a large, comprehensive and versatile standard library.

How Python Development is Changing the Field of Programming

Python is the most famous programming language in world. This language is used to develop software and web applications.

Python website Development is changing the field of programming in a variety of ways, including:

Where Does the Future of Programming lie now?

The future of programming is not one that is completely decided by the programmers. The algorithms that have been created in recent years have made it possible for programmers to focus on what they are best at - creativity and emotions.

The future of programming lies in the hands of the algorithm. Algorithms are used by search engines, social media, and other companies to make sense of big data sets and find patterns. By using algorithms, these companies can provide a personalized experience for their users without having to rely on humans for everything.

What Are Some Interesting Uses of Python Development?

Python is one of the most popular languages among data scientists and machine learning specialists. It has many interesting uses such as text generation, text cleaning, and data mugging.

Text generation: One of the most common uses of Python is to generate content for websites or apps. For example, when you write a blog post in WordPress it automatically generates a title for you based on your post's content.

Text cleaning: Another use of Python is to clean up text that has been generated by other software or humans.

Data munging: Python can be used to clean up data that has been generated by other software or humans in order to make it easier to work with.

Why Python Development Is So Valuable?

Python is an easy to learn programming language that can be used for data analysis and data mining. It is used by businesses and organizations of all sizes and industries.

Python has a relatively small learning curve as compared to other programming languages, making it easier for beginners to learn the basic concepts of the language.

It is also a versatile language that can be used for business intelligence, data mining, web scraping, machine learning, software development, and scientific computing.

Python’s popularity has grown over the years because it is easy to use and flexible enough to handle any task you throw at it. It has also become a popular choice among big companies like Google and Microsoft because of its ability to handle large amounts of data quickly without any problems or errors.